Which Alternative Therapies Work for Horses?

Here's what you need to know about equine chiropractic, acupuncture, and supplements. 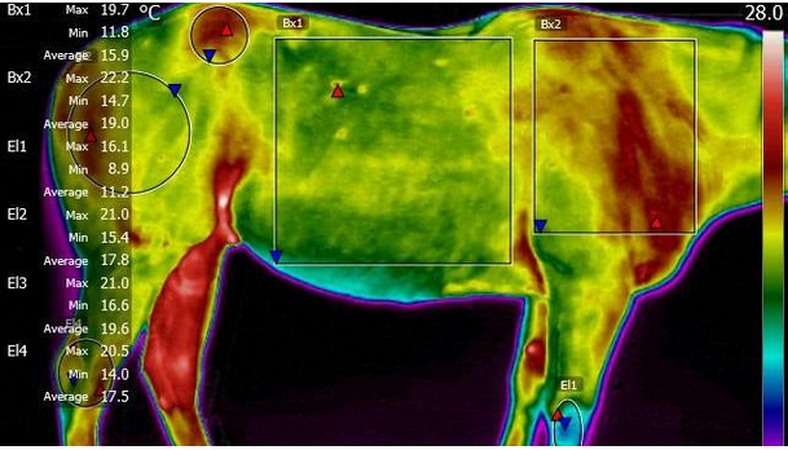 I’ve been fortunate to live near large animal veterinarians (DVMs) who also practice alternative treatments, such as chiropractic, acupuncture, and supplements. Over the course of many, many years, I’ve found these techniques and remedies to be very effective.
Chiropractic and Acupuncture
A recently-released American Horse Publications (AHP) survey found that about 43% of respondents said they used chiropractic care, followed by massage (32%), and acupuncture (17%).

Horse owners report that these techniques work wonders for horses who have sore backs or whose gaits seem to be “off”. And horses seem to love these treatments.

In another study on equine chiropractic, high tech thermographic imaging was performed on a 9-year-old quarter horse gelding before, immediately after, and three weeks after chiropractic adjustment. The results indicated that there was less inflammation in the horse’s joints after chiropractic adjustment, and this reduction in inflammation held after three weeks. (The lead photo above is a thermographic image from this study.)

A number of well-designed scientific studies also indicate that acupuncture can be used to successfully treat chronic pain in horses associated with musculoskeletal problems, such as back injuries, as well as illnesses such  as Cushing's disease, lung diseases, laminitis or neuropathies. The University of Illinois Large Veterinary Hospital has now incorporated acupuncture in their treatment program. They describe on case of a horse with boney abnormalities along the top of his vertebrae, resulting in chronic back soreness. The horse was given corticosteroid injections and shockwave therapy, which resulted in some improvement, but acupuncture treatments turned out to yield the strongest and longest lasting improvement. After acupuncture, he no longer showed discomfort when we probed his back in the regions where he had previously shown pain, and the horse's owner reported that he was moving more freely without discomfort.
Horse Supplements
There are a number of supplements that can be used to successfully treat a number of different health issues in horses. I strongly recommend browsing the Smartpak Equine site for information about supplements that may address your horse’s issues. They have a large library of information on equine health and performance, and I’ve always found their customer service representatives to be very knowledgeable. Our older mare has a Smartpak added to her twice-daily grain rations. The Smartpak contains digestive enzymes as well as omega fatty acids to help her maintain her weight as she ages. (I have no advertising or other arrangement with Smartpak Equine, so I’m not saying any of this to derive income from sales of their products.)

One supplement for lameness that I swear by is Equinety. It has received rave reviewers from top trainers. Our older mare decided to try to keep up with her younger turnout buddies one day while they were tearing around a large pasture at top speed. When she was brought in to her stall later, she was three-legged lame, avoiding putting weight on her left fore. She was examined by our vet using x-ray and ultrasound, given anti-inflammatory medication, and stall rest. Seven months later, she was still showing lameness on her left fore. I put her on Equinety, and two  weeks later, she was much improved. A month later, the lameness was entirely gone. That was almost two years ago, and she is still sound. Unfortunately, Smartpak does not carry Equinety, but you can purchase it at Amazon here.

Read more about horse health:
How to Recognize Commons Horse Ailments and Diseases
How to Tell Whether Your Horse is Lame
How to Feed and Exercise Your Horse for a Strong Topline
How to Get Stronger to Ride Better