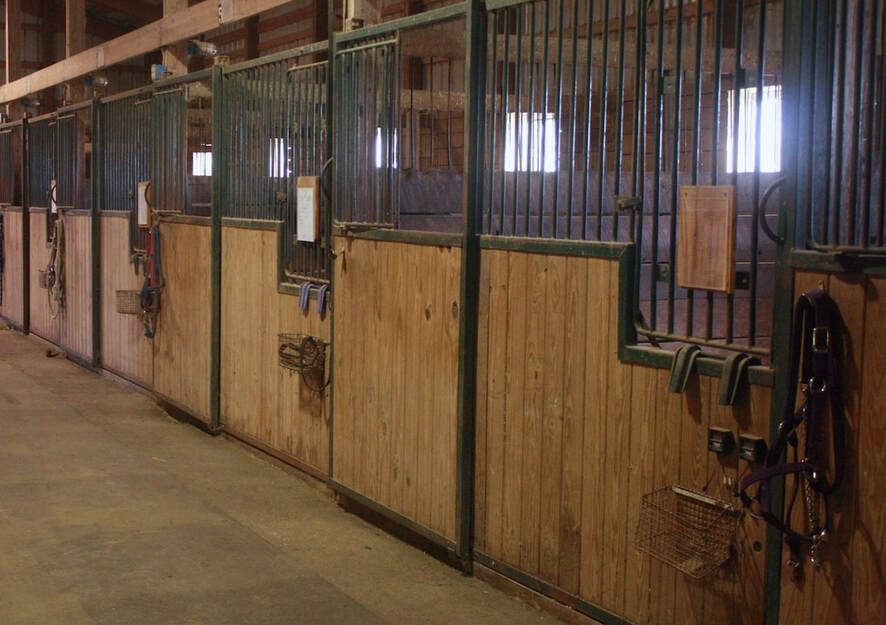 ​Starting a Horse Business? Avoid Making This Common​ Costly Mistake
If you want to start a horse business, your success depends first on a very simple rule:

During their time as equestrians, Mary and John both boarded their horses at boarding facilities. They both are pretty sure they know how such places are run, given all the time they spent there. So they each decided to start a horse business. When they open their own facilities, they set them up and run them just the way they were used to. And that’s when their problems started.

WHY YOU MUST KNOW YOUR MARKET IF YOU START A HORSE BUSINESS.

Mary didn't spend much time thinking about marketing because the places she boarded were all pretty much the same. There were trainers who trained the horses, gave lessons, and took students and horses to horse competitions and shows. There were stablehands who fed and handled the horses, and kept their stalls, barn, and grounds clean. The stablehands and trainers also fed the horses and groomed the arenas. There was a barn farrier who kept the horses shod on a barn-run schedule. Veterinarian visits for routine care, such as vaccinations, were also scheduled by the facility. The place was run by a barn manager who oversaw everything. It was owned by a couple who loved horses and equestrian sports. They provided the capital and the high-level decision-making that kept the facility running smoothly. Feed regimens were tailored for each individual horse depending on the horse’s needs. They scheduled clinics and other activities at the barn, particularly those that concerned horse training and horse care tips and techniques. Boarders pretty much just took lessons, put their horses in training, groomed them, and went to shows. Period. Who needed to think about horse business marketing research? She was anxious to start a horse business!

The places John boarded at were also pretty the same, so he didn't think much about business marketing, either. The facility was usually owned by a married couple. The wife was a trainer who gave lessons, trained horses, and kept the books. The husband did the grounds-keeping, repairs, and arena grooming. They both shared the other chores around the barn, such as feeding the horses. The boarders were expected to clean their own stalls and to turn their horses out for a few hours daily. They were also expected to do chores around the barn, and to schedule farrier and veterinarian visits on their own. Again, who needed horse business marketing research when he was anxious to start a horse business?

Mary moved to a moderately sized farming community, bought some farmland, and put up her brand new facility with her savings and bank loans. John moved to an urban area, bought some undeveloped land, and did the same. And they both did start a horse business.

AND THEN THE SURPRISES STARTED...

Much to Mary’s surprise, the boarders at her facility resented her “officious” way of running the facility. They often called her a “control freak”. Much to John’s surprise, his boarders complained constantly about the things they were expected to do “even though we’re paying board.”

When Mary set up a farrier and veterinarian schedule, the boarders resented her interference in what they perceived to be their “turf”. When she refused to offer board reductions for cleaning your own stall, the boarders resented her “butting in on their business”. Ditto when she set up feeding regimens in consultation with an equine nutrition specialist. Finding a trainer was a challenge because horse trainers in her area generally opened their own small training facility (given that farmland was relatively inexpensive).

The same with finding stable-hands. The board rates were low in her area because boarders usually did so much of the work. The majority of boarding facilities were small, and all of them competed for the same small pool of “do it yourself” boarders. But Mary hired workers at above minimum wage, paid employment taxes, and paid for workman's compensation insurance.  The board rates she needed to charge in order to cover all of those expenses were much higher than people in the area were used to paying, so they avoided boarding there. Doing a little horse businesses marketing research in her area before deciding to start a horse business would have made her more aware of these things.

Mary’s new community was filled with horse people who were very “hands on”. They wanted to clean their own stalls, have individual relationships with their farriers and veterinarians. They considered themselves renting space—not services. They had no interest in the services Mary offered.

John, on the other hand, was frustrated with the many demands his boarders made on him. He offered a reduction in board for boarders who would clean their own stalls and do chores around the facility, but no one took him up on the offer. The boarders expected him to schedule farrier visits, veterinarian visits, advise them on horse care—all of this in addition to giving lessons, training horses, grooming the arenas, and feeding the animals. He tried to hire some stall cleaning help, and was surprised to find that he was expected to alert the state employment agencies when he hired someone, and to pay payroll taxes. He was expected to make quarterly filings to the state internal revenue service, and to prepare W-2s at year end for anyone who worked for him. He had no idea how to do any of that. He avoided some of this by taking on "working students" who cleaned stalls in exchange for lessons. But the students were unreliable, didn't want to work during spring or holiday school breaks, and often had no idea what to do when a horse had a minor injury. A little horse business marketing research before deciding to start a horse business would have helped him avoid these frustrations.

John’s new community was filled with horse people who just wanted to ride their horses, take lessons, and participate in clinics and shows. They were willing to pay for all other aspects of horse care. They relied on the facility owner to provide high quality advice and horse care by employing reliable and knowledgable workers. When they didn’t receive these things, they felt they were being cheated.

BEFORE YOU START A HORSE BUSINESS, ASK YOURSELF "WHO ARE MY CLIENTS?"

The moral of the story is to make sure you know your market. Before you set up a business plan, buy land, and so on, do a little horse business marketing research. Investigate the boarding facilities in your area—even if you’ve lived there you whole life. Make sure you understand what your prospective boarders want and expect from a boarding facility. That is the first step to success!